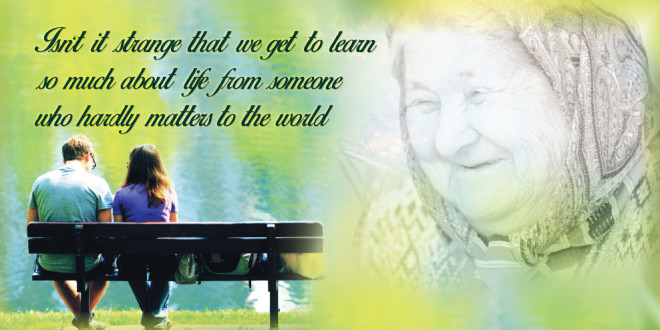 The small winding road seemed unending. Tiny green hillocks protruded on both sides of the road. They were covered with lush citronella plants and the smell lingered. Aalia had not seen such a breathtaking scene before. Soon small thatched houses came into sight, the walls of which were neatly plastered with mud. Faint voices of children shouting and playing filled her ears, together with the ongoing roar of the engine.

Her head felt heavy and throbbed. Aalia was perspiring. Her pulse rate was almost stable but she felt ill sitting in the back seat of the car. Every now and then she glanced at the sunlit fields they passed. She had a viral fever and was going to a secluded place to recuperate.

“When are we reaching the town Danny?” Aalia asked anxiously, tired of lying down for so long.

“You mean the clinic?” he replied, adjusting the pillows that surrounded her. “Don’t worry. We’re almost there.”

It was almost dawn when they reached their destination. Aalia must have dozed off for hours because when she woke up she was being attended to by nurses. Too lethargic to even look around she fell asleep again.

She woke up to find the doctor by her side. He had a pleasant disposition and smiled at her assuringly. “A nice friendly doctor,” Aalia thought after he left.

It was too early in the morning to be woken up. The smell of medication filled the room. The bed was next to the window and it felt good to have a glimpse of the outside world. The sun’s rays penetrated the room and everything seemed tranquil.

When Danny came to visit, he held her hand and glanced at her lovingly. His eyes were exhausted. Aalia knew that Danny was worried about her. They had been married for only two years and life was already tedious and mundane. She had to keep assuring herself that she till loved him as she had when they first met.

“You have a new patient joining you,” the nurse told her while doing the routine check-up.

Her room-mate turned out to be an old woman who was very ill, frail and delicate. Aalia thought that she would succumb to her illness. Her wrinkled brows were weary and tired. She fell asleep as soon as she lay down.

After a momentary glance, Aalia returned to the magazine that she was flipping through. A patient her age would have been fun. But this old lady… well, it was only a matter of a week.

The next morning Aalia’s head throbbed and beads of perspiration gathered on her forehead. Suddenly she felt a coarse but cool hand touch her temple. It was the old woman. Wasn’t she supposed to be ill?

“I was looking at you for quite sometime. You were stirring in your sleep and so I got up to see what was wrong.” She held her hand tight.

As they spoke Aalia learned that the old woman was suffering from acute appendicitis and had to be operate on.

“The operation is on Saturday. There is still time,” she said. “And yes, you can call me Aaita as I am old enough to be your grandmother. What is your name?”

Over the next couple of days Aalia marveled at the fluidity of Aaita’s personality, so elderly and yet so fresh. On second thoughts Aalia didn’t mind that her room-mate turned out to be a granny. Aaita was talkative and soon they were exchanging life histories.

Aaita had been married when she was hardly a teenager and was widowed before she really knew what married life was all about. She had worked day and night to make ends and fulfill her big dreams of educating all her six children.

The evening air was hot and the room seemed stuffy. Aalia threw open the window and adjusted the fan. Aaita was slumped on the bed and reading a book.

“Here Aaita,” she said handing a cup of milk to her. “This will help you have a good night’s sleep.”  Sitting up Aaita bid Aalia sit with her. “Have you read this book?”

“Why yes! It’s the Bible.” Aalia replied in astonishment.

“But you’re a Hindu, aren’t you?”
“So what? I am reading the New Testament. The parables are enriching. I love the story of Job too.”

“Aatia, did you go to school or teach yourself?”

“I understand what you want to know. I worked at the post office years ago,” she said, pinching Aalia’s cheeks. Looking at her with big mischievous eyes,  Aatia went on, “My children taught me to read and write because I was adamant to learn.”

“You are wonderful.” It was all Aalia could manage.

“I like you because you smile all the time. Have you seen those sick people walking in the corridors? They are not going to get well soon because they do not smile,” Aaita mused.

“Look at me. I am old, feeble, and sick and yet I smile because life has been good and wonderful to me.” She paused and smiled at Aalia.

Life in the sick room couldn’t have been better. Sometime Aalia even forgot that she was ill because she laughed so much. Every day the room was filled with fresh flowers that Aaita’s daughter brought to enliven them.

Isn’t it strange that we get to learn so much about life from someone who hardly matters to the world?

When the day came for Aaita’s operation Aalia was apprehensive. The old woman was so fragile. She grasped her hand.

As she was being wheeled into the operation theatre Aaita called out, “Aalia, you might feel bored here alone. There’s a book under my pillows. Read it and I’ll be back soon.”

Aalia looked at the book. ‘How to Enrich Your Life and Influence others.’ She smiled indulgently.

The evening was warm. The sky was covered with orange hues adding a grandeur that Aalia hadn’t realized existed. She breathed a sigh of satisfaction. The smell of citronella filled the air.

Danny spoke, “Missing your new friend Aalia? She was full of life wasn’t she?”

Aalia remembered the hug Aatia gave her on her departure. She had forbidden her to get out of bed but Aaita wouldn’t hear of it as she reminded Aalia of her promise to keep in touch.

Snuggling close to Danny, Aalia realized how important he was to her and that she had taken him for granted. “Aaita was just an ordinary woman and yet she had so much zest for living. I admire her courage. Danny, isn’t it strange that we get to learn so much about life from someone who hardly matters to the world… just someone simple making a real difference to the whole meaning of existence. I guess happiness lies in appreciating the little thing in life.”

“Or maybe it’s in realizing that the little thing in life can be the big things. I love you Aalia. Thank God you are mine,” said Danny.

Soon the soft creamy light of the room mingled with the twinkling sparks of the stars. The enchanting dreamy night gave way to a different light, a new beginning, a renewed expectation, a realization of how grateful we ought to be for this lifetime that we have.

A Hope And A Future

Things I thought I knew, places that held joyful memories. People whom I loved, people …