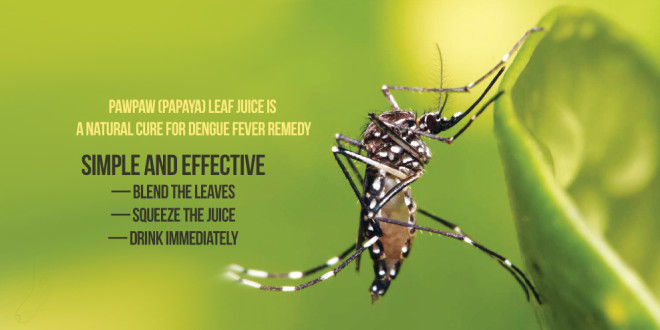 Male student was in a critical condition in the intensive care unit, when his blood platelet count dropped to 15, after a blood transfusion of 15-litres. The boy’s father was so worried that he sought a friend’s recommendation, and his son was saved. He gave his son the raw juice of the Pawpaw (Papaya) leaves. From a platelet count of 45 (after a blood transfusion of 20-litres), and after drinking the raw Pawpaw (Papaya) leaf juice, his platelet count jumped instantly to 135. Even the doctors and nurses were surprised. After two days in hospital, the boy was discharged.

He was having high fever and body pains.  He was admitted in hospital and diagnosed with Dengue.  His platelet count had dropped very low.  Even in hospital, the medical team  advised him to take papaya leaves.  He took it for 3 days and recovered fast and is back home.  Within a few days he will be back to back. He writes: “I’ve had papaya leaf last week for more than three days. It’s very effective. Even the hospital recommended  papaya leaf for dengue!”  .

A recent study, conducted by a group of researchers in Malaysia, from local and foreign
universities, found that papaya leaves (Carica papaya) are a possible cure fordengue fever.
The study, initiated and led by Dr S.Kathiresan of AIMST University,indicated that the powder from papaya leaves has substances responsible for the release and/or production of thrombocytes (platelets).
The acute illness is caused by a family of viruses that are transmitted by mosquitoes and the mosquito acts as a carrier of the dengue virus.
“The virus’’s main effect is on platelet production. Normally, a platelet inour body lasts for about five to 10 days and the body replenishes them whenrequired,” he told Bernama during a recent interview.

“This virus destroys the body’’s capacity to produce new platelets (duringthe period the virus is effective). The platelet count for a normal personvaries from 150,000 to 250,000 per μl (micro litre = mm3 or cubic millimetres)of blood.
“On becoming infected, a patient’’s platelet count starts falling. A platelet count below 50,000 can be fatal,” he added. A fall in the platelet count prevents formation of clots and this leads tohemorrhaging, which results in both internal and external bleeding. Once suchbleeding starts, the situation is almost irreversible, he said. 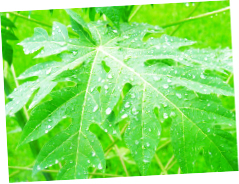 Dr Kathiresan noted that interest in the papaya began with a simpleexperiment with Carica papaya leaves being collected and washed several timeswith tap water to remove dirt. The leaves were then ground into powder in palmoil and 15 milligrams were administered to five mice, following which their
platelet (thrombocyte) counts were studied.
The platelet counts before, and 72 hours after dosing, revealed they weresignificantly higher, indicating an increase in white blood cells and plateletswhich normalises clotting and repairs the liver, he said.

The six-month study, titled “Thrombocyte counts in mice after theadministration of papaya leaf suspension,” was published in October 2009.The study was funded by AIMST University and UniversitiSains Malaysia. Dr Kathiresan was assisted in the study by Dr SurashRamanathan, Dr Sharif M. Mansor and Dr Mas Rosemal M.H. Haris of UniversitiSains Malaysia, Penang, and Walther H. Wernsdorfer of Medical University of Vienna, Austria.

According to the World Health Organisation, there are an estimated 2.5billion people — two fifths of the world’’s population — who are at risk fromdengue, with as many as 50 million dengue infections worldwide each year.

How to Prepare
Take two pieces of raw Pawpaw (Papaya) leaves. Clean the leaves and pound and squeeze with a filter cloth. You will only get one tablespoon of juice per leaf. Take two tablespoons of Pawpaw (Papaya) leaf juice once a day. Do not boil, or cook, or rinse the leaves with hot water, as it will lose its strength. Use only the leafy part of the Pawpaw (Papaya) plant, and not the stem or sap. The juice is very bitter, and you have to swallow it. But it works.
2015-10-31
Juliet Thomas
Share
Previous Protect Yourself
Next Get on Top of Stress—Meditate! 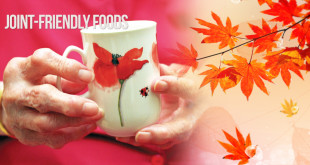 Ease Arthritis With These Super Foods

Arthritis hits 1 in every  5 grown ups !  Can foods cure arthritis? Unfortunately, not. …