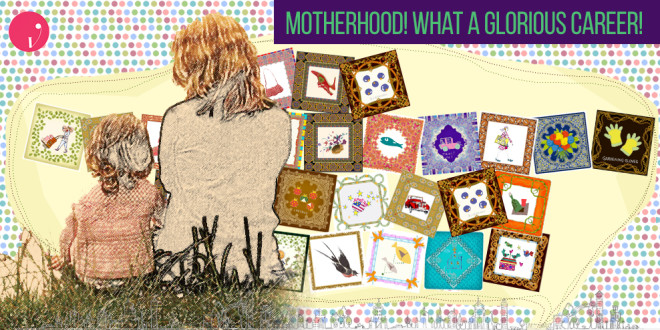 A woman, renewing her driver’s license at the Clerk’s Desk at the RTO, was asked by the man at the counter, to state her occupation.
How was she to describe what she was doing? She hesitated, uncertain how to classify herself.
“What I mean is…” she tried to explain to the man.
“Do you have a job or are you just a …?” he interrupted.
“Of course I have a job,” snapped the woman.
“I’m a Mother.”
“We don’t list ‘Mother’ as an occupation! ‘Housewife’ covers it,” said the recorder emphatically.

I had forgotten all about her story until one day, I found myself in the same situation.The Clerk was obviously a career woman, poised, efficient, and possessed of a high sounding title like, “Official Interrogator” or “Town Registrar.”

“What is your occupation?”  she probed.

What made me say it? I do not know. The words simply popped out.

“I’m a Research Associate in the field of Child Development and Human Relations.”

The clerk paused, ball-point pen frozen in mid-air and looked up as though she had not heard right. I repeated the title slowly emphasizing the most significant words. Then I stared with wonder as my pronouncement was written, in bold, black ink on the official questionnaire.

“Might I ask,” said the clerk with new interest, “just what you do in your field?”

Coolly, without any trace of fluster in my voice, I heard myself reply, “I have a continuing program of research, (what mother doesn’t) In the laboratory and in the field, (normally I would have said indoors and out). I’m working for my Masters, (the whole family of course) and already have four credits (all daughters). Of course, the job is one of the most demanding in the humanities, (any mother care to disagree?) and I often work 14 hours a day, (24 is more like it). But the job is more challenging than most run-of-the-mill careers and the rewards are more of a satisfaction rather than just money.

There was an increasing note of respect in the clerk’s voice as she completed the form, stood up, and personally ushered me to the door.

As I drove into our driveway, buoyed up by my glamorous new career, I was greeted by my lab assistants – ages 13, 7 and 3. Upstairs I could hear our new experimental model, (a 6 month old baby) in the Child Development program, testing out a new vocal pattern.

I felt I had scored a beat on bureaucracy! And I had gone on the official records as someone more distinguished and indispensable to mankind than “just another Mother.”

Motherhood! What a glorious career!
Even though there’s no title on the door!

2015-11-30
Juliet Thomas
Share
Previous Laughter: Medicine For The Soul
Next Where Are You Going? 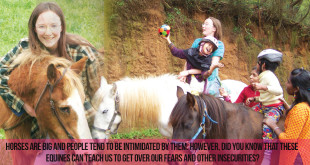 Horses are big and people tend to be intimidated by them. However, did you know …