Human Trafficking From the Frying Pan to the Bed Pan

Pune shivered through it as the Times of India reported on one of the most bizarre and enraging stories of all time (at least till that report which appeared in 1991). A 13-year old schoolgirl from a middle class family was abducted by a car mechanic, then raped by him and his three mechanic friends in a public toilet. It happened during the school lunch break. They instructed her—under fear of public scandal and gruesome death—to go back to school as if nothing had happened and return to that particular place every afternoon.
Filled with terror she did as told —and was used and abused by the mechanics and other customers they brought with them, for over six months; all this during the school lunch break. It may have gone on forever, except that the last straw came when the rapists took her to a clinic and got her uterus removed so that she would not get pregnant and waste their money on abortions. The girl broke down and sought help from a social worker, who took the role of savior and protector, and took the matter over to the police. Everyone appreciated the efforts of the social worker and he was praised to the skies.

Sumedha Rao, Advocate and friend (who also wrote a regular legal column for the magazine I was then editing) and I read the story with great interest. Sometime later, like second rate amateur detectives in a Ram Gopal Varma film, we caught a train from Bombay to Pune to follow up the story. We decided we would meet everybody concerned—parents, girl, mechanic and buddies, police, social worker, etcetc, and then write a book which would serve as a wake-up call for parents and authorities in the nation, and which would also get us a lot of fame and fortune.

Her eyes were glazed and dead, deader than a dog’s bone buried in a blind alley. She smiled as she spoke to us, and the smile did not reach even her nose, forget her eyes

We started with the police who were very kind to us (though I sensed the shadow of many smiles behind their courteous demeanor). We wanted to know where the girl was and were startled to learn that she was now being kept in the social worker’s home; he was counseling her to try and rehabilitate her. Armed with his address, we made our way to the secluded area of Pune where he resided. The gods were smiling at our book project or so it appeared since he happened to be at home. He was a refined gentleman in his mid-thirties, who welcomed us into his home and insisted we stay for lunch. Of course we did not tell him about our book idea; we simply said we had heard about what he did, and wanted to congratulate him. Sumedha was wearing her trade-mark white starched sari and I was also in some holy-mary clothes, so we looked harmless enough.

He then called in the young girl from an inside room. Our hearts caught in our throat. She looked like an angel; fair and cherubic and not much older than the 14 going on 15 years that she was (Sumedha and I had a daughter each around that age). There was only one thing wrong. Her eyes were glazed and dead, deader than a dog’s bone buried in a blind alley. She smiled as she spoke to us, and the smile did not reach even her nose, forget her eyes.

We began to feel distinctly uncomfortable, and the discomfort turned into deep suspicion as (after a phone call he made) a third character appeared on the scene to join us for lunch. She was introduced to us as the girl’s mother. I nearly choked on my Phodnichabaat, Moong dal khichadi, Bhendi fry and Chavli chi Usal he had ordered from a nearby restaurant. The girl and the savior were very obviously Maharashtrian, and the mother was very definitely South Indian. This need not have been a barrier to comprehension (there are things like mixed marriages bridging caste and state divisions) except that there was not every the slightest connection or communication between the girl and her ‘mother’; they did not look at or speak to one another even once. After the meal, the ‘mother’ cleaned up our plates and the table and not in the slightest did she appear to be a friend of the family, she was very obviously a servant, probably savior’s own hired help.

Sumedha and I, both being women of very strong instinct (which had been confirmed many times in the past, through stories/cases we had handled)—a professional necessity, knew that the man before us was not who and what he appeared to be; he may have pulled the wool over everyone’s eyes but there was obviously more to this than met the eye; he was a crook and he’d managed to get custody of the girl because of an indifferent police, but we could not help feeling she was in even worse trouble than she’d been in before he ‘saved’ her. The sweet young victim could have jumped from the frying pan into the fire; but we (that’s why I called us 2nd rate amateur detectives) had no idea what to do about our instinct; we simply wanted to get out of the house —and the city; we were totally out of our depth when it came to knowing what to do next.

We tried to console one another on the rather somber train journey back to Bombay; I reminded Sumedha that she was an Advocate practicing in the Bombay High Court, she had so many cases to handle on company law, public interest litigations, Property Laws et al. And she too comforted me about how I had to pack in the then current issue of SAVVY and get my team started on the next one. How could we be expected to do what actually the police should be doing in that situation; we had our own job to attend to.

In a line, we were selfish, self-absorbed professionals and human beings who did not want to waste our time with something that did not directly affect us; we felt sorry for that poor dragged-to-hell angel, but please God, find someone else to rescue her. We did not want to get involved. 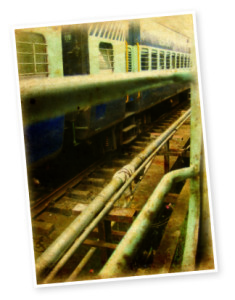 Shame on all those, like us, who are so preoccupied with their I-me-and-mine-alone world that they shrug off the fact that India is at the epicenter of human trafficking, that the largest number of young girls and boys who are snatched and sold to the highest bidder are from this country, and that 85% of the pornographic material printed for these activities organized all over the world is printed in India. That we were busy with our jobs is no exaggeration, but the least we could have done in that situation was to have either got back to the police with our suspicions (revealing to them we were representatives of the press and the High Court), or if that was too long-winded, we could have at least contacted an NGO or someone else who could have done what we had no time to do.

We simply wanted to get out of the house – and the city; we were totally out of our depth when it came to knowing what to do next

It’s something that you can do too—however busy or involved you are with other aspects, join in the attempt to stop this horror of horrors in little ways if you can.

Tomorrow it could be one of us or ours. Would we need to have something like that happen, to shake us out of our apathy?

Ingrid Albuquerque has been in the mainstream media in India for over three decades, and writes mainly on issues relating to everyday life and living.

Ingrid Albuquerque
Ingrid Albuquerque has been in the mainstream media in India for over three decades, and writes mainly on issues relating to everyday life and living.
2015-10-27
Juliet Thomas
Share
Previous Eat Right, Stay Beautiful
Next Protect Yourself 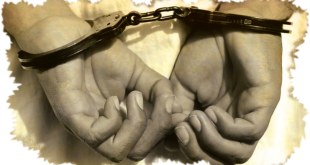 My Child In Match-fixing!?!