Home » Recipes » From Pondicherry with Love 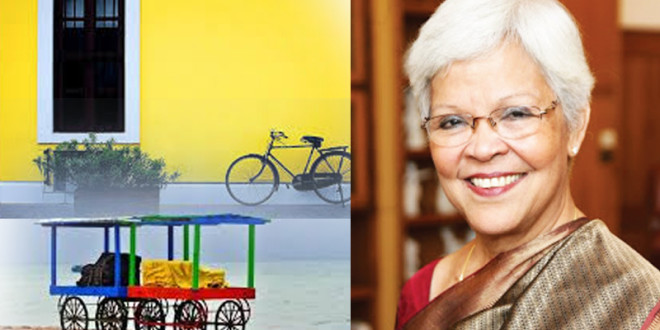 From Pondicherry with Love

Lourdes Tirouvanziam-Louis is the only one to have chronicled the intricacies of Pondicherrian cuisine in the form of a cookbook. She says, “The Pondicherry Kitchen is the English version of a book originally written in French: Cuisine Traditionnelle de Pondichéry. When the idea of writing the book dawned upon me, I had a two-fold objective. Cooking is part of the cultural heritage of a country. What you eat, the way you eat, illustrates a characteristic facet of a civilisation and its particular features. When the cooking habits of a country or area sink into oblivion, they ought to be saved. But the mere preservation of cultural traditions is not sufficient. Old traditions need to be revived and the younger generations must be led to follow them and put them into practice. Reviving and revitalising the culinary methods and habits that were once in use in the former French colonial settlement of Pondicherry were the reasons that incited me to write this book.”

Lourdes holds Masters degrees in French and in English and a Ph.D. in sociolinguistics. She has taught languages at the Tagore Arts College and at the LyceeFrançais of Pondicherry. The French government has honoured her with the distinction of Chevalier des Palmes Académiques. She and her husband Dr. Bernard A. Louis live in Pondicherry. They have two children who live abroad.

From childhood, she says she has been familiar with the special way of cooking Pondicherrian cuisine. “I am in a way a ‘product’ of French colonialism. My father was a Tamil-speaking, French-educated medical practitioner and my mother a Vietnamese. Their meeting was made possible thanks to French colonialism, Pondicherry and Vietnam being former French colonies. My mother, with the help of cooks, prepared dishes that were typically Pondicherrian. I used to watch them work in the kitchen and relish the food they cooked.”

Pondicherrian cuisine could not follow the basic rules of Indian cooking. It is fundamentally Indian while introducing flavours and tastes inherited from its acquaintance with French cooking styles.

Several years of research — digging out age-old recipes, approaching elderly people and collecting the secrets of their cooking — successfully ended in the publication of this book. Most of these recipes were transmitted orally from generation to generation; some of them have remained forgotten in old cookbooks and recipe books. It was essential to write them down for posterity. 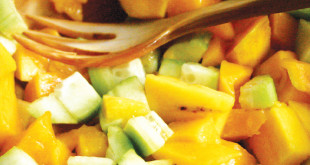 Bites On The Fly