Home » Life Story » Stories » Beauty In The Eye Of The Beholder 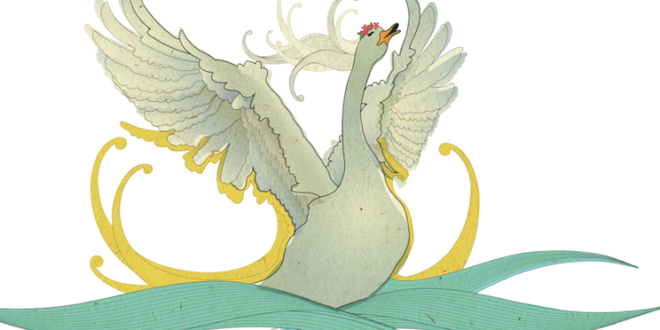 Beauty In The Eye Of The Beholder

“They had never imagined that the ‘ugly duckling’ would find a handsome mate.”

I had stayed up all night supervising the decorations in the hall. Multicoloured balloons festooned the walls and buntings hung in loops from the ceiling, giving the place a festive air. Each table was covered with pink damask, with a solitary red rose in a long necked porcelain vase adorning it. This was just my engagement, but I wanted the occasion to be unforgettable. Most of my friends and relatives would not be able to attend my wedding as it would be held in Singapore. The hall was packed to capacity. Many had come out of curiosity. They had never imagined that the ‘ugly duckling’ would find a handsome mate. I was going on thirty and had been consigned to permanent spinsterhood.

I felt good that morning and the mirror told me that I looked pretty. I had dressed with care in a sky blue sari specially embroidered with gold threads. My hair was bunched up in a pony tail, with a strand of jasmine falling loosely on one side. My face had been done up by a beautician, so that even the fine scar on my upper lip was perfectly camouflaged.

“She really looks pretty,” I heard some one say as I walked up to the dais.

“When did she have the surgery done and why did she wait so long? Another whispered, but loud enough for me to hear.

That question had bothered me for years. Why had my parents not got my cleft lip properly repaired when I was a child? It was not for lack of money. They were both earning well. Besides, my mother was a nurse and knew what a difference it would have made to a young girl. Why did I have to go through the best years of my life being the butt end of many a joke from my class mates and colleagues alike?

When I was fifteen, I made bold to ask my mother if I could have surgery to improve my looks. Her reaction had me flummoxed.

“Not again. Not ever,” she sobbed, “You’re pretty just as you are and we love you with all our hearts.”

She refused to tell me more.

But by the time I was twenty five, Mother was eager to marry me off.

“I’m searching for a suitable groom for my daughter,” she told her friends, “I promise he will lack for nothing.”

Many suitors came, saw and bolted.

“No, no, I don’t want to get up every morning and see that face. It would simply spoil my day,” one said.

“Not for all the money in the world,” said another, “It would give me nightmares.”

Then I put my foot down.

“Stop looking for a groom for me. It is humiliating. I don’t have to get married. I have a good education and a lucrative job. If you don’t stop this nonsense, I’ll leave home and stay on my own.”

I could feel the penetrating looks and whispers of the people who had come to witness my engagement. I couldn’t tell whether they were happy for me or just curious to see the handsome doctor who was my fiancé. He was standing on the dais with a worried look on his face until he saw me approaching. Then he grinned from ear to ear.

“Did you think I wouldn’t show up?”

“Well, with all the twittering going on around here, I thought you’d develop cold feet.”

The story of our romance was like a fairy tale. Most people couldn’t believe that it could happen in this day and age when beauty was at a premium. Earlier that year, a visiting Basket Ball team from Singapore had visited our club to play against our team. Apart from losing the game to us, one of their players was badly injured and had to be hospitalized. I called on her several times to see how she was doing and bumped into her brother a plastic surgeon, who had accompanied the team.

“Don’t stare at me like that,” I said, “Haven’t you seen anyone with a lip deformity before?”

“Not at your age,” he said, “Why on earth has it not been properly repaired till now?”

“It’s none of your business,” I said, fuming under my breath.

“Beauty is my business. I create beauty out of impossible situations and it irks me to see that a comely girl like you has neglected herself.”

“I’m here to see how your sister is doing and not to listen to your rude comments about my appearance.” I said, and walked out in a huff.

But Niranjan wouldn’t let me be. He took the trouble to find out where I worked. He was waiting for me when I stepped out of the office next day.

“I’m sorry if I made you angry. But you’ve been on my mind ever since I saw you. Why should a nice young girl like you choose to stay ugly? Do you not have the means?”

I was about to snub him again when I saw concern in his eyes. He seemed genuinely interested in helping me.

“Come with me. I have a friend who will be glad to repair your lip.”

The operation was scheduled for a month later. I knew my parents would oppose my decision. It was not that they didn’t love me. They had all kinds of fears that it could be dangerous and that I wouldn’t recover from the anaesthesia.

“Don’t think we haven’t tried before,” said my father, “You were one year old when we took you to the hospital for repair of your lip. But there were complications. You suffered cardiac arrest on the table, and when you recovered the surgeon in a panic, rushed through the operation and botched up the repair. It left an ugly scar on your lip. We were terrified of taking you to another surgeon again. Forgive us.”

But this time, the surgeon assured them that there would be no complications.

Niranjan and his sister returned to Singapore long before my operation. I was surprised when the doctor refused to bill me and said it had all been taken care of. It made me uncomfortable to be obligated to Niranjan. I didn’t even know where to send a ‘Thank You’ letter. And why had he bothered about a casual acquaintance?

The surgery made such a difference to my life. I felt self confident and happy. The mirror assured me that I could even pass for pretty.

“If only you had the operation years ago!” my friends said, “Yes, if only that good doctor had met you years ago!”

Three months after my operation, Niranjan showed up again. He didn’t comment on my new look. Instead he asked, “Are you free to join me for dinner tonight?”

“I never refuse a free dinner,” I answered, surprised that someone had finally asked me out on a date.

We spent a wonderful evening together, exchanging bits of information about our lives, laughing over our individual eccentricities, and talking about our hobbies. As we tucked into our dessert of chocolate and nut ice cream, he said, “I’ve come all the way from Singapore to see you. Couldn’t get you out of my mind since we parted. Would you consider relocating to Singapore?”

I was speechless. Was he really proposing? Was there something I was missing? Could I believe this man whom I had only met twice?

“Are you proposing marriage?” I asked timidly.

“But why me of all people? I don’t want your pity.”

“Because once long ago a stranger helped me out. I was involved in an accident with severe injuries to my face and forehead. It left me with a horrible squint in one eye. I was depressed and angry with life. Even my best friends began to crack jokes at my expense. You know how self-conscious one feels in one’s teens. I started bunking classes and wandering around during school time. Then I met an eye surgeon to whom I poured out my tale of woe. He took me under his care and got my squint corrected.”

“Are you making up this story to placate me? I don’t even see the faintest trace of a squint.”

“You’ve got to believe me. It took months for my rehabilitation. All through those difficult months he encouraged me. As the song goes, ‘Have you had a kindness shown? Pass it on….’ That was my reason for pestering you to have the operation. But I couldn’t let go…. I fell in love with you. Now tell me what your answer is going to be.”

“Thank you Niranjan. I am honoured.”

He broke into a smile.

“Then let’s go and break the news to your parents,” he said, literally dragging me out of the restaurant.

My parents could not hide their relief.

“We are delighted,” they said, “But Singapore is so far away and she is our only daughter.”

I glared at my mother. “No Mum, you’re not going to stand in the way of my happiness,” I thought.

“We will have a grand engagement here for your family and friends,” Niranjan said, “But the wedding will be on my home turf. I promise to keep her happy always.”

So here we were now. The hall had filled up. I didn’t realise I had so many friends and well wishers. The priest was already on his way to officiate at the ceremony. I looked up for confirmation that this ugly duckling had finally turned into a swan.

“Beauty is in the eye of the beholder,” I thought, as he squeezed my hand.

Dr. Eva Bell is a Doctor of Medicine and also a freelance writer of articles, short stories and children’s stories that are published in Indian magazines and newspapers, anthologies and also on the web. She is the author of two novels, one work of non-fiction and two children’s books.

No, My Darling Daughter!

Eleanor’s eyes brimmed with tears. “Not tears of sorrow,” she thought, “But tears of frustration. …